The 9 Superpowers of Your Smile 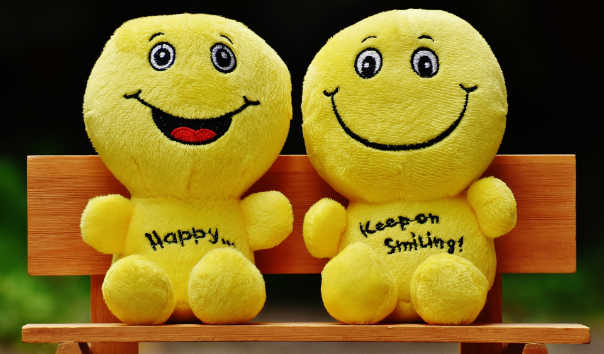 The 9 Superpowers of Your Smile

Various researchers have already compiled a long list of the benefits of smiling. Now, new research from the University of Missouri-Kansas City (UMKC) adds two more reasons to that list. I’ll start with the recent news and then list other known superpowers of smiles. But, even a wonderful act like smiling has a downside, so at the end of this post I’ll relay a few warnings.

Two Smiley Faces for This Research

This is what the researchers at UMKC recently discovered:

1. Smiling can make you look younger. Even if there were no other benefits to smiling, I’m sure many of us would be grateful just for this one. The UMKC researchers tested the popular theory that smiling might cause others to perceive you as being younger than you actually are. Sure enough, in a small study, college students perceived older people who had happy smiles on their faces as looking younger than their age. The people with frowns on their faces were categorized as looking older.

Here’s my theory about this: A smile provides you with a mini-facelift. Turning up the corners of your mouth raises your entire face, including cheeks, jowls, and neck. Try it now! Instead of spending $15,000 or more on a facelift, just smile.

2. Smiling can make you look thinner. In a recent study by a young psychology student at UMKC, sad faces randomized and flashed on a computer screen were judged to be heftier. This is a surprising conclusion; I can only speculate that a mouth turned down in a frown might give the impression that a person is weighed down by unhappiness. In any event, I sense a bestseller here: The Smile Diet.

More Research to Grin About

Here are seven more reasons to smile that I gleaned from past research:

3. Smiling elevates your mood and creates a sense of well-being. As behavioral psychologist Sarah Stevenson writes in this blog, “Each time you smile you throw a little feel-good party in your brain.” The notorious party animals dopamine, endorphins, and serotonin start whooping it up when you smile. And a bonus: those endorphins serve as natural pain relievers and act as the body’s own opiates.

4. Smiling induces more pleasure in the brain more than chocolate. I know you don’t believe this. I don’t believe it either. But according to Ron Gutman, the author of Smile: The Astonishing Powers of a Simple Act, “British researchers found that one smile can generate the same level of brain stimulation as up to 2,000 bars of chocolate.” Where do I sign up for the next experiment? And what happened to the person who ate 2,000 bars of chocolate? I’d like to interview him.

5. Even a forced smile can lead to a mood boost. Usually we think that a positive experience is what makes us smile. While this is true, it’s also true that merely deciding to smile can provide a positive experience. As Buddhist author Thich Nhat Hanh said, “Sometimes your joy is the source of your smile, but sometimes your smile can be the source of your joy.” Even research subjects directed to place a pencil between their teeth, forcing their lips into a smile, actually feel better. Odd, but true.

So if you’re feeling down in the dumps, smiling will give you a boost—if you can get your moody self to smile. Remember that changing your behavior by smiling can change your inner feelings. In other words, if you “Put On a Happy Face,” you will actually feel happier.

6. Smiles can predict fulfillment in marriage. In a study cited by Gutman, the Smile author, the smiles of students were measured, and these ultimately predicted how long-lasting and satisfying the person’s marriage would be. Right! Who wants to live with a grouch?

8. The span of a person’s smile can predict life span. A 2010 Wayne State University research project studied pre-1950s major league player baseball cards. According to Gutman, “The researchers found that the span of a player’s smile could actually predict the span of his life. Players who didn’t smile in their pictures lived an average of only 72.9 years, where players with beaming smiles lived an average of almost 80 years.” Is a smile worth seven years extra years of life to you?

The Shadow of Your Smile

Even though smiling is good for your health, your relationships, and your appearance, be aware of these six things:

1. Trying to avoid negative emotions just to appear youthful or thin or even eternally positive can eventually have a psychological cost. Know yourself and be aware of what each of your emotions might be telling you. Then decide whether to put on a happy face or not.

2. Other people can detect a fake smile, as opposed to a genuine “Duchenne smile,” named for the neurologist who identified these two smile types. So if you decide to smile to help yourself feel better, try to make it real for yourself—it will also come across as real to others. Find your inner reservoir of happiness and gratitude, and drink from it.

3. A smirky smile when you’ve beaten others in a contest will not help you win friends and influence people, according to the research described here. Or, as your mom may have said, “Wipe that smile off your face!”

4. Some smiles are associated with discomfort or uncertainty about what to do in a difficult situation. For example, this blog by Ron Riggio points to studies showing that women who are sexually harassed, however mildly, may feel they have to “grin and bear it” in a work situation. Their fake and fearful smiles undoubtedly do not produce the feel-good chemicals that accompany an authentic smile.

5. In some parts of the world, such as the former Soviet Union, smiling can be judged as suspicious, shallow, naive, or a sign of dishonesty. Many find truth in the line of the joke that says, “If you are smiling, you simply don’t understand the situation.” See more here.

6. Smiling can come across as submissive in certain situations.

One thing I realized from reading through the smile research is that your dentist may indeed be your best friend. Improving your smile can be a beneficial investment. In any event, numerous studies show that making the most of your smile can be good for you, and for those around you.